You may live in Coggeshall or be a visitor, but either way we are sure you will love Coggeshall as much as we do. With a strong community and a fascinating history, it is a great place to explore. You may never want to leave! 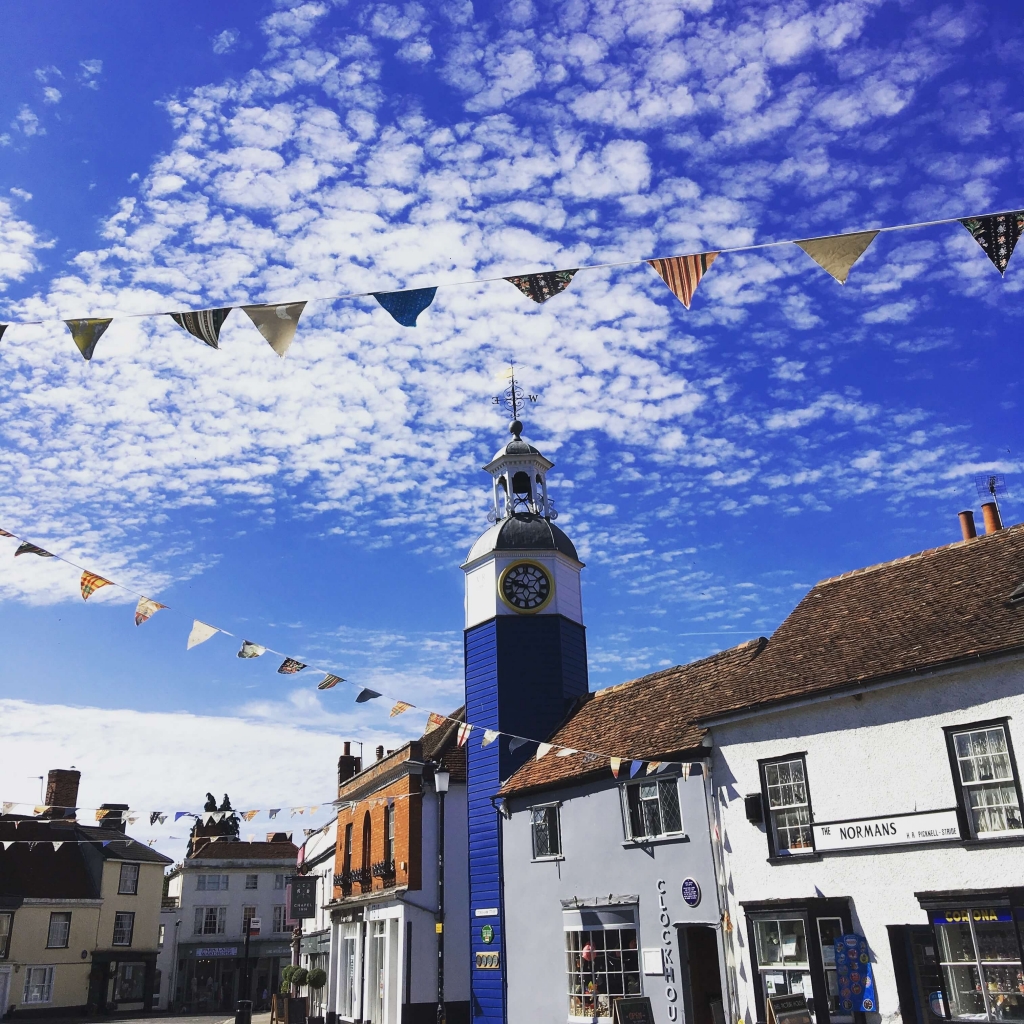 A History of Coggeshall

Coggeshall can be dated back to an early Saxon settlement. There is evidence of a Roman villa or settlement before then and the town lies on Stane Street, which may have been built on a much earlier track. Roman coins dating from 31 BC to AD 395 have been found in the area and Coggeshall has been considered the site of a Roman station mentioned in the Itineraries of Antoninus.

Coggeshall is situated at a ford of the River Blackwater, part of another path running from the Blackwater Valley to the Colne Valley. Where these paths crossed a settlement started. The area around Coggeshall has been settled since the Mesolithic period.

The modern history of Coggeshall begins around 1140 when King Stepen and his queen  Matilda, founded a large Savigniac abbey with 12 monks from Savigny in France, the last to be established before the order was absorbed by the Cistercians in 1147.

Flint and rubble were the main materials used in the construction of the monastery, and the buildings were faced with stone punted up the Blackwater and locally produced brick. Brick making had died out in Britain since the Romans left and the monks may have been instrumental in its re-establishment around this time. They built a kiln in the North of the town at a place called Tile Kiln, an area now known as Tilkey. The bricks from Coggeshall are some of the earliest known bricks in post Roman Britain. Long Bridge, in the south of the town was probably built in the 13th century using these bricks and the kiln in Tilkey continued to produce bricks until 1845. The Church was completed to a sufficient extent to be dedicated by the Bishop of London in 1167.

The estate commanded by the monastery was extensive. The monks farmed sheep, and their skilled husbandry developed high-quality wool, which formed the foundation of the town’s prosperous cloth trade during the 15th to mid-18th centuries when it was particularly renowned for its fine Coggeshall White cloth. The monastery also had fishponds with strict fishing rights — a Vicar of Coggeshall was imprisoned in Colchester for stealing fish. However, the monastery could not produce all that it required and sold produce at an annual fair to buy the things they did not have.

In 1250 the Abbot of Coggeshall was allowed by Royal Charter to hold an eight-day fair commencing on the thirty first of July — the feast of St. Peter-ad-Vincula, to whom the Parish Church was dedicated. In 1256, a Saturday market was granted as long as it didn’t interfere with its neighbours. Colchester complained in 1318 that Coggeshall was a hindrance, and their complaint, being upheld, resulted in the market being moved to Thursday, where it remains to this day.

The Black Death hit the Abbey hard, with the number of monks and conversi much reduced. Revenues across Essex fell to between one third to one-half of pre-plague rates, the abbey suffered financially with tenanted and cultivated lands heavily decreased. During the Peasants’ Revolt of 1381, the Abbey was broken into and pillaged. The sheriff of Essex and Hertfordshire, John Sewall was targeted by rioters at his Coggeshall house, now the Chapel Inn. 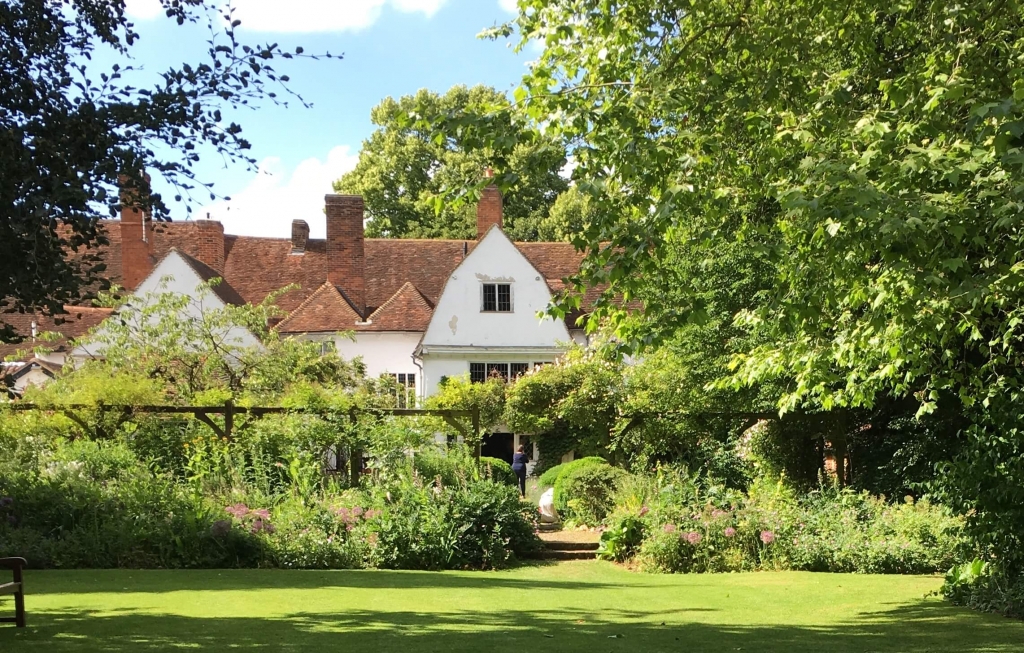 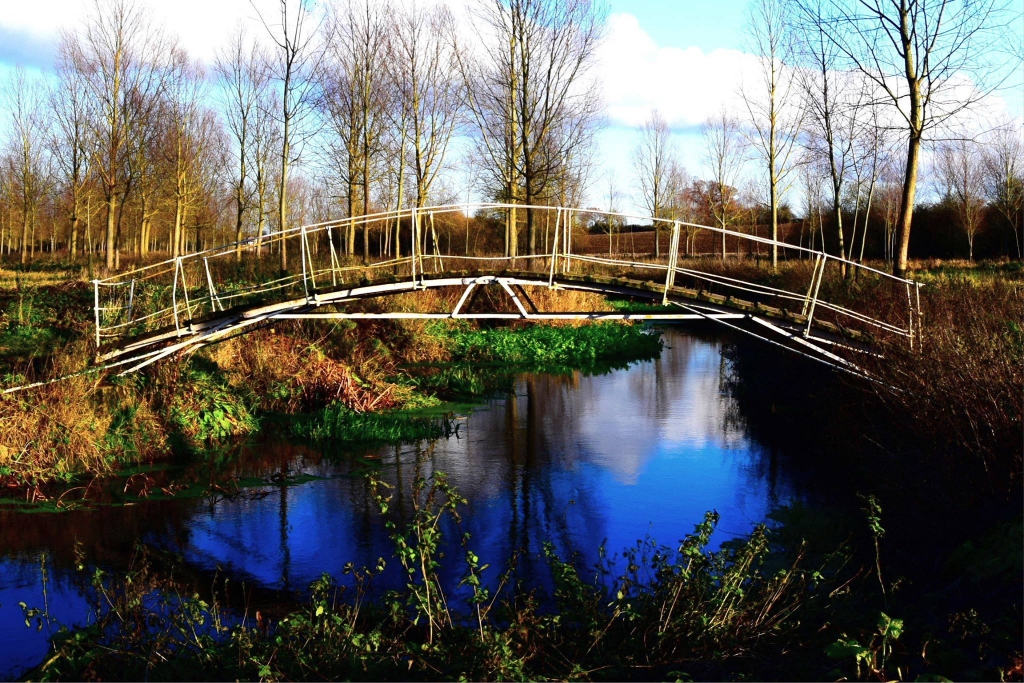 By the early 15th century a new church was begun at the Abbey called St. Mary’s, it was completed by the start of the 16th century but the Dissolution of the Monasteries brought an end to the prosperity of Monks. In 1531 Abbot Love was demoted with a list of complaints raised against him, though some of them may have been fabricated it appears that standards at the monastery were dropping. It was a common method at the time, that Abbots unsympathetic to the will of the King were replaced with more favourable ones, in this case Abbot More was implanted by Dr. T. Leigh.

Coggeshall survived the Act of Suppression in 1536 and the Abbot of St. Mary Grace’s, London, invested in its future. However, the political situation was opposed to the monasteries and Coggeshall succumbed in 1538 on the fifth of February, handed over by Abbot More. The monks were sent back to their families or into the community, with many becoming priests, Abbot Love became vicar of Witham where he stayed until his death in 1559. The monastery’s possessions and lands, totalling nearly 50,000 acres (200 km²), were seized; King Henry VIII granted them to Sir Thomas Seymour.  They remained into his possession until 1541 when they were split up.

To find out more about the Coggeshall Society, please visit their website.